The city has been shut down. Bridges and subways and airports are closed. There is no school, no shopping, no business as usual. The stock exchange is shuttered. The circuits of capital are disrupted indefinitely. A state of emergency--but not the sort we had hoped for on May Day.

This is not a General Strike but a Climate Strike. 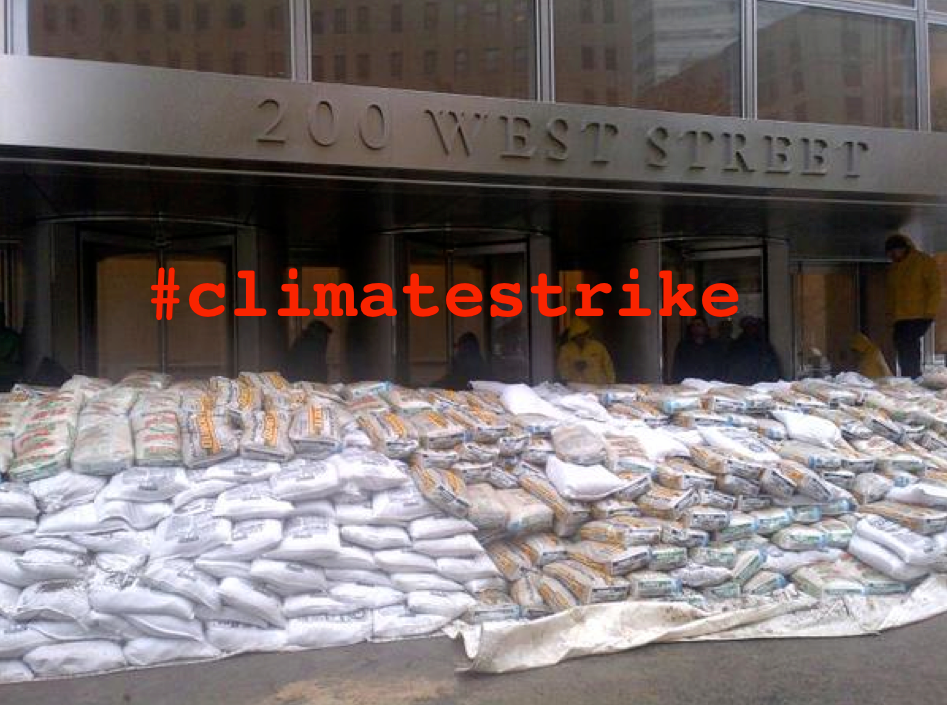 The banks are lined with barricades. But they are not there to fend off the People. They are there to protect against the rising tide of the storm, a symptom of Wall Street's own self-induced destruction. At Wall and Water, the tide surges. 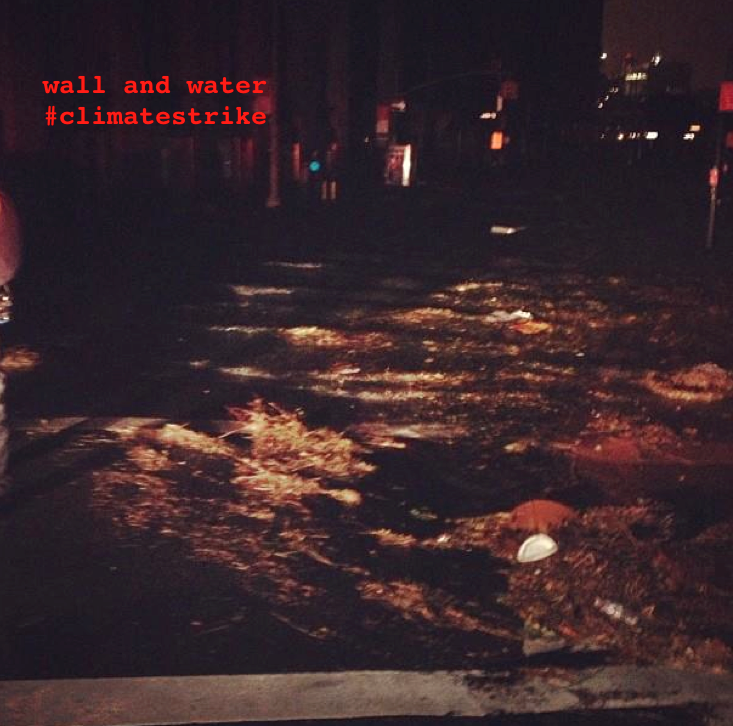 Debt-fueled growth, unchained fossil fuel extraction, the mendacity of politicians, the myopia of the media; capitalism turns against itself like Frankenstein's monster, flooding the abandoned streets of Lower Manhattan, wrecking the construction of a ninety-story luxury condo in Midtown. The bent-over crane is a ruin in reverse, a monument to the civilization of the 1%.

Climate Strike captures the imagination; monster-memes and cinematic fantasies proliferate; the apocalyptic impulse is powerful. But the 99% knows to follow the money: all storms lead to Wall Street. 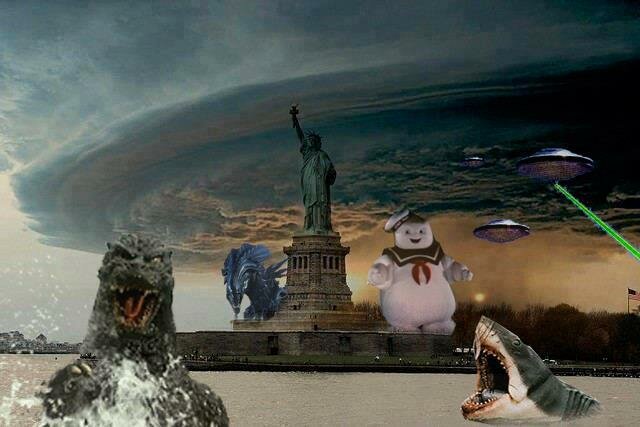 At the same time, we hunker down with our friends and families, communities and neighbors in an exceptional period of mutual support and common care. Climate Strike thus alters time and opens space for other modes of living. As Christopher Key puts it in issue 3 of Tidal: Occupy Theory/Occupy Strategy: "People are not helpless against the storm. While the winds howl, the thunder rages, and the waters rise, people can find shelter when they act together in the face of collapsing economies and ecological crises." Climate Strike gives us practice even as it puts our lives at risk--risk that is unevenly distributed, with Rikers Island as ground zero.

On September 17th, we prefigured a swirling Storm on Wall Street that would wash the ecocidal tyrants out to sea. How prescient our imagination, but how limited our powers compared to those of the striking climate. Rather than push us in the direction of doom and gloom, however, what if the disruptive power of Climate Strike were a kind of inspiration for us? Not the chaotic spirals of the 1%, the storm of capitalist progress.  But rather an epic upsurge or groundswell of popular power striking against the pillars of Wall Street: debt-bondage, labor exploitation, carbon-burning, mass incarceration, food imperialism...

In Year II, A People's Hurricane. Maybe it strikes during Earth Month, the annual ritual of self-congratulation by greenwashing corporations and lifestyle consumers. But the strike would only punctuate a longer movement toward genuine sustainability and other modes of social and economic life,  a "politics of the living" based on our debts to one another and to the planet--not to the 1%.  As Chris Key concludes "Mutual Aid in the Face of the Storm": "The powers that be are counting on our efforts to construct alterative economies to founder, especially since the current system has made us feel isolated and alone in the face of crises...As long as the system isolates and pits us against each other, successful strikes against capitalism are impossible. Thinking and acting alone, we suffer alone. But creating a unified front disrupts this ongoing pattern. We are forming debtors’ unions, energy coops, food collectives, strike committees, legal clinics, communes, training centers, and more. When we develop sustainable networks based on mutual aid and solidarity, we will realize the following:  as terrifying as the storm of the current system may be, the power it wields is miniscule compared to the torrential deluge that we, the 99%, are capable of unleashing against capitalism itself." 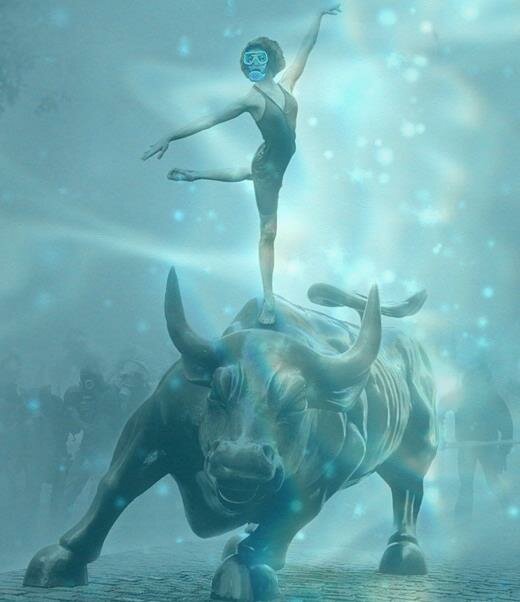