On September 17th, 2011 Occupy Wall Street was born. A hundred people occupied Zuccotti Park in lower Manhattan and opened a space for imagination. We began to share food, clothing, and shelter. We sought refuge in the shell of a concrete jungle and found community. Inspired by our actions, occupations began throughout the globe. In a matter of months nearly all of them were crushed by the weight of repression and co-optation, but occupy cannot be stopped. It is a collective unleashing of anger and frustration at a dying capitalist system and points toward a new world. Let us create this world together. Read. Share. Distribute. Tidal.

"Could Not Retrieve any Tweets"

“We didn’t know it was impossible, so we did it!” The Quebec Student Strike celebrates its 100th day 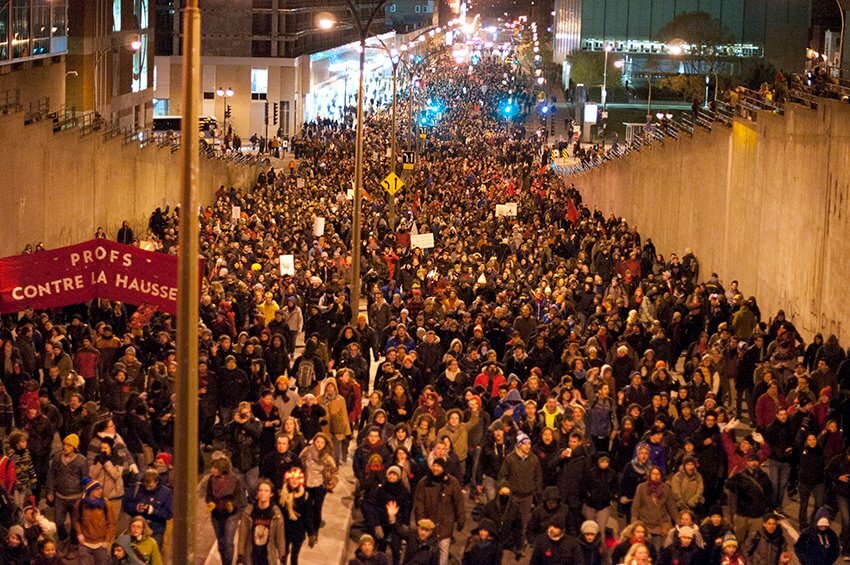 Origins of an unlimited general strike (“grève générale illimitée”)
Students in Quebec are marking their 100th day of an unlimited general strike on Tuesday, May 22nd, the culmination of the most stunning mass protest movements of recent months and North America’s largest student movement in years. In fact, the mobilizations in Quebec might just be Canada’s Arab Spring.

Students have been organizing against tuition hikes for nearly one and a half years, when the Quebec government first proposed to raise tuition fees by 75% over five years (amended to 82% over seven years by the government at the end of April). Before the general strike began in February, protests, demos, trainings, letter writing campaigns and attempts to negotiate in good faith with the government were consistently met with obstinate silence from the Charest administration. For the students there has been a growing sense of urgency and a shared recognition that increased tuition means a heavier student debt burden, hundreds of more hours a year spent working instead of studying, less access for working class and lower class students, and a shift in university culture toward the market, the commodification of education, the financialization of student life, and the privatization of the university.

Read more: “We didn’t know it was impossible, so we did it!” The Quebec Student Strike celebrates its 100th day

On the City as University: Occupy and the Future of Public Education

For quite a long time now, we precariously situated students and faculty in CUNY have been practicing the art of what Kenyan writer Ngugi wa Thiong’o calls “poor theory”— “maximizing the possibilities inherent in the minimum… being extremely creative and experimental in order to survive.” Unable to isolate ourselves within the velvety quicksand of armchairs and seminar table solipsism, we have instead pursued a kind of crowd scholarship that jettisons “interest” for “involvement.” Discussions among crowds of people—in and out of assemblies, street marches, virtual forums, shared meals, space-transformations, and yes, even jail stints—have assembled critical lessons and experiences not yet valued by scholastic frameworks of singularly rendered knowledge. Thousands have co-authored this document itself.

Read more: On the City as University: Occupy and the Future of Public Education

What is capitalism?  Where is capitalism?  Who and what sustains it?  How can we starve its roots, which feed off our relations to one another to the detriment of humanity? What alternatives can we create together? These are a few of the questions we will explore in OWS Summer Disobedience School (OWSDS),  a twelve-week training program that will empower us to map, target, and disrupt sites of capitalist injustice across the city with a wide range of creative tactics accessible to people will all levels of experience.

The Jail Support Group is Going on STRIKE!

The Jail Support Group is going on strike now that the jail support process is completed for May Day.
We have no demands. We are autonomous. Expect us.

Providing jail support shows solidarity and care for the people in our movement. Outside of OWS, jail support is included as a key part in planning an action. When you plan a lecture, the event isn't over until the chairs are stacked, floor swept, and lights turned off. It is problematic to assume someone else will clean up after your event. Isn't jail support similar? 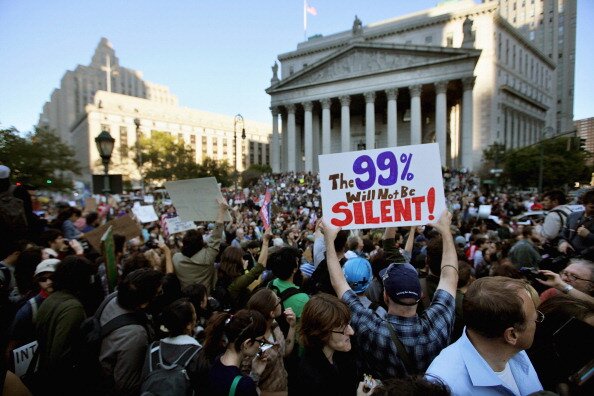 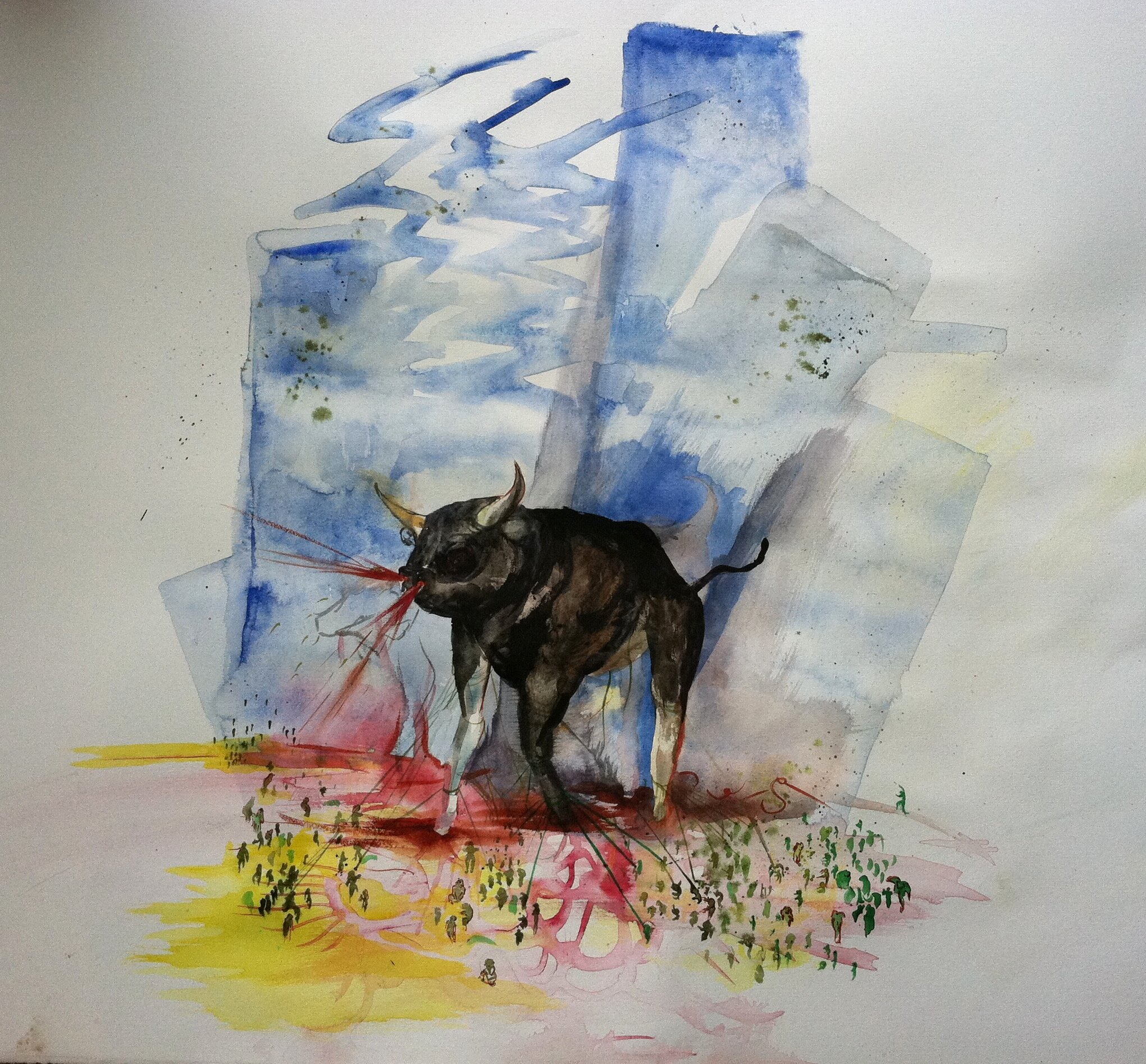 Living is no laughing matter:

you must live with great seriousness

I mean without looking for something beyond and above living,

I mean living must be your whole occupation.

Living is no laughing matter:

you must take it seriously,

so much so and to such a degree

that, for example, your hands tied behind your back,

your back to the wall,

or else in a laboratory

in your white coat and safety glasses,

you can die for people—

even for people whose faces you’ve never seen,

even though you know living

is the most real, the most beautiful thing.

I mean, you must take living so seriously

that even at seventy, for example, you’ll plant olive trees-

and not for your children, either,

but because although you fear death you don’t believe it,

because living, I mean, weighs heavier.

from the white table.

Even though it’s impossible not to feel sad

about going a little too soon,

we’ll still laugh at the jokes being told,

we’ll look out the window to see it’s raining,

for the latest newscast ...

Let’s say we’re at the front-

for something worth fighting for, say.

There, in the first offensive, on that very day,

We’ll know this with a curious anger,

but we’ll still worry ourselves to death

about the outcome of the war, which could last years.

and close to fifty,

and we have eighteen more years, say,

before the iron doors will open.

We’ll still live with the outside,

with its people and animals, struggle and wind-

I mean with the outside beyond the walls.

I mean, however and wherever we are,

we must live as if we will never die.

This earth will grow cold,

a star among stars

and one of the smallest,

a gilded mote on blue velvet—

I mean this, our great earth.

This earth will grow cold one day,

or a dead cloud even

but like an empty walnut it will roll along

You must grieve for this right now

-you have to feel this sorrow now-

for the world must be loved this much

Occupy Theory can be reached at occupytheory (at) gmail (dot) com.

Design by Eric Ribellarsi
Back to Top